Ecological lighthouse project for the new seat of the German Parliament

The Reichstag Building in Berlin has housed the German Parliament since 1999.

KBP was commissioned as general planner and project manager for all building services of the Reichstag as well as the technical service network between all governmental buildings in the Spreebogen area.

Integrating extensive technology into sophisticated architecture was the key task. The supply concept provides for an energy network with several vegetable oil-fueled combined heat and power (CHP) units, making optimal use of primary energy. The buildings of the German Parliament play a pioneering role in saving energy as well as reducing exhaust and greenhouse gases by using innovative concepts and technologies.

The prestigious building is equipped with state-of-the-art communication and presentation techniques in addition to its exemplary energy supply. It houses not only the Parliament Hall, but also meeting rooms for political groups, the offices of the Parliament’s President and dining facilities. 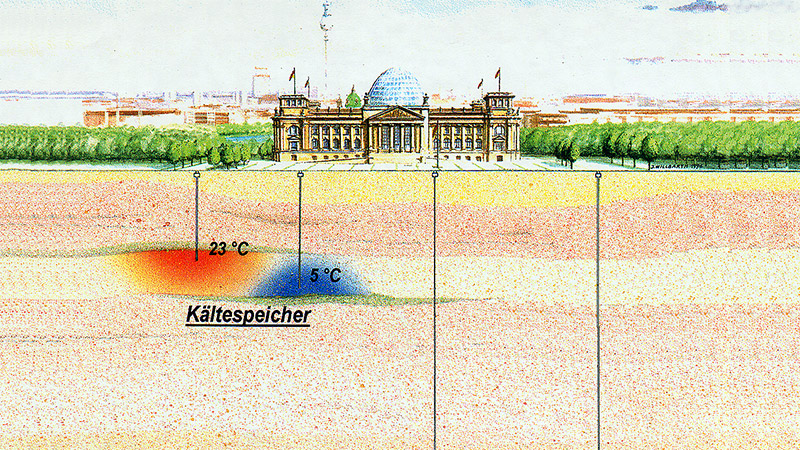 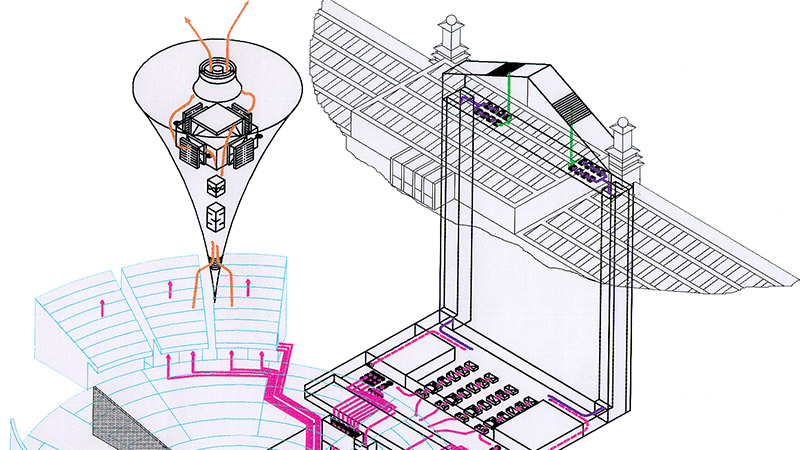 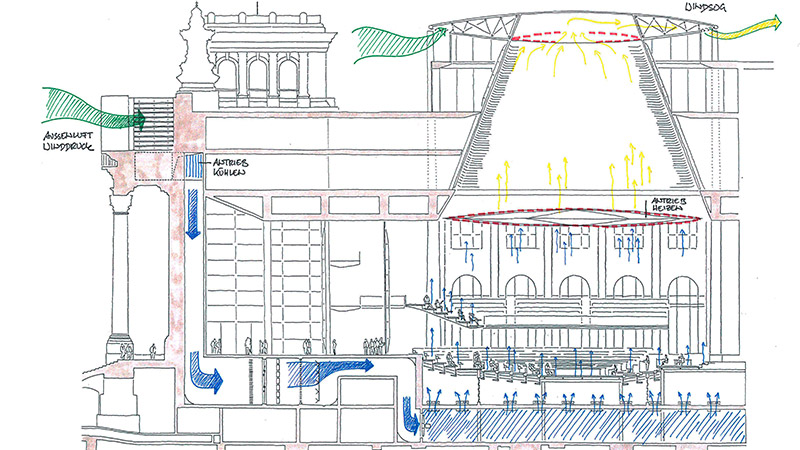 The heat and power requirements of the Reichstag are covered entirely by renewable energy sources. For this purpose, a CHP operated with bio-diesel is provided in conjunction with an aquifer reservoir.

The interaction of these two components allows long term storage of cold and heat in the porous rock layers under the Spreebogen. Excess heat, which is generated in substantial amounts during cogeneration in summer, can be stored underground for an extended period. The cold water aquifer is cooled during the winter and heats up to a maximum of +6°C during the summer. Combined with the aquifer reservoir, the CHP can run almost all year with optimal efficiency.

A pilot photovoltaic system was integrated into the architecture of the roof landscape of the Reichstag building. With 38 kWp, it makes an additional contribution to the concept of renewable energy sources for the Reichstag and parliament buildings.

An overarching network for all building services was established for the new and existing parliamentary buildings. In conjunction with central monitoring, this network provides a maximum of supply security and energy efficiency.

Join the KBP Team!
We look forward to your application.